Elegant, compact, and fast, the Dassault Falcon 10, one of the first models of Dassault's highly successful family of Falcon jets, features high-lift devices for its wings, allowing for quicker, smoother, and more reliable take-offs, landings, and mid-air directional maneuvers. At a cruise speed of 452 mph, six passengers will be transported in style.

Elegant, compact, and fast, the Dassault Falcon 10, one of the first models of Dassault's highly successful family of Falcon jets, features high-lift devices for its wings, allowing for quicker, smoother, and more reliable take-offs, landings, and mid-air directional maneuvers. At a cruise speed of 452 mph, six passengers will be transported in style. 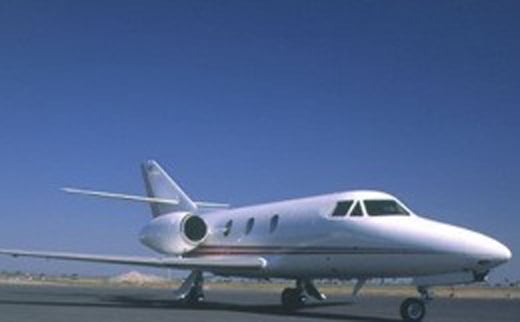 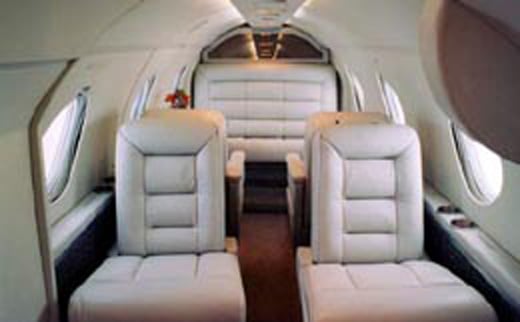 The average hourly rental rate of the Falcon 10 is around 2,850 USD per hour.

More about the Falcon 10

The Dassault Corporation began designing the Falcon 10 in the late 1960s as a medium point between their vastly successful Falcon 20 and smaller business jet aircraft. The Falcon 10 is a twin turbofan-powered light medium range jet with aluminum monococque construction configured as a cantilever swept low-wing monoplane, featuring a swept cruciform tail. A supercritical airfoil design is utilized to take advantage of the increased performance this design allows at high subsonic speeds. The first prototype of the Falcon 10 featured turbojet engines, but the second prototype was equipped with turbofan engines, which was the configuration that was awarded FAA certification in 1973. Even with the advancements made with the Falcon line, the Falcon 10 remains a popular aircraft.

Key Features of the Falcon 10

The Falcon 10 is generally configured to accommodate five to six passengers in an executive arrangement with four individual seats and a rear bench seat. However, this private business jet can be arranged to seat as many as seven. The cabin of the Falcon 10 measures 12.9 feet in length, 5 feet in width, and 4.8 feet in height. Additional amenities include a lavatory and 12 cubic feet of baggage storage. Six windows surround the cabin of the Falcon 10, providing a light atmosphere for your business trip. With a cabin differential pressure of 8.8 psi, the Falcon 10 is capable of maintaining a comfortable environment for your flight.

Capabilities of the Falcon 10

The Falcon 10 is powered by two Honeywell TFE731-2-1C turbofan engines. Each engine is rated at 3,230 pounds of thrust with an engine core inspection interval of 4,200 hours. The Falcon 10 features a maximum payload of 2,360 pounds, with 1,630 pounds available with the aircraft at maximum fuel capacity. The Falcon 10 requires 4,615 feet of runway to take off on a standard day. This take off distance increases to 7,600 feet of runway at an airport altitude of 5,000 feet at 25 degrees Celsius. With four passengers, the Falcon 10 needs only 2,750 feet of runway to land. The tricycle style landing gear is retractable, with the main landing gear featuring two wheels on each unit and the nose landing gear utilizing one wheel. This aircraft is capable of either gravity fueling each tank or single point fueling, with the capacity to hold 5,910 pounds of fuel. The range of this private business jet with four passengers reaches 1,532 nautical miles. In a high speed cruise configuration, the Falcon 10 is capable of maintaining an airspeed of 454 knots at an altitude of 41,000 feet. For a flight to a more distant destination, the Falcon 10 is capable of maintaining 430 knots at an altitude of 41,000 feet in a long range cruise configuration.