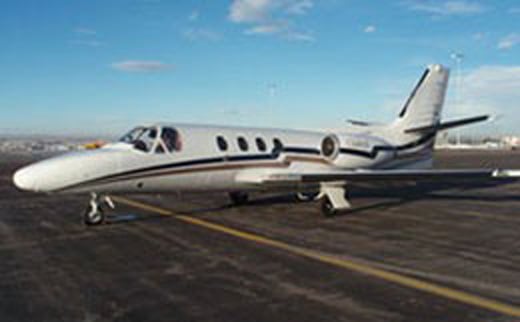 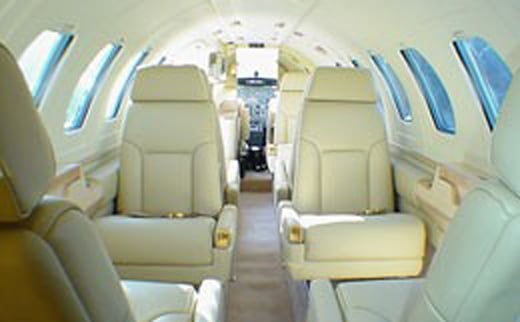 The average hourly rental rate of the Citation II/SP is around 2,850 USD per hour.

More about the Citation II/SP

Key Features of the Citation II/SP

The Cessna Citation II SP has several seating configurations available, though it is most commonly arranged to accommodate six, eight, or ten passengers with a maximum passenger capacity of eleven. The cabin measures 16 feet in length, reaches 4.9 feet in width, and stretches 4.8 feet in height. The Citation II SP offers 36 cubic feet of internal storage with 41 cubic feet of external storage, for a combined total of 77 cubic feet to accommodate your luggage needs.

With a straight wing design, the Citation II SP is both less susceptible to Dutch Rolls and features a higher ratio of lift per increment of angle-of-attack, rendering much easier and effortless take offs and landings. The Citation II SP features a fuel consumption of 165 gallons per hour, rendering this private business jet an economic option as well.

Capabilities of the Citation II/SP

The Citation II SP comes equipped with two Pratt & Whitney JT15D-4 engines. Each engine is rated for 2,500 pounds of thrust with an inspection interval of 3,500 hours. These engines allow for its impressive take off performance and a climb rate of just over 3,000 feet per minute. The Citation II SP needs only 2,990 feet of runway to take off at sea level and 2,017 feet of runway to land on a standard day. The Citation II SP features a maximum certified ceiling of 43,000 feet, well above most aviation traffic. This private jet also features a maximum high speed cruise speed of 402 knots, allowing for a quick flight to your business destination.

The flight deck of the Citation II SP was clearly designed with important human factors considerations at its forefront. The design allows for 340 degrees of visibility, granting the single pilot operator increased situational awareness. The avionics suite equipped in the Citation II SP utilizes three 8.9 inch flat panel liquid crystal displays, two of which function as primary flight displays while the third acts as a multi function display. This avionics suite features a Vision-1 synthetic vision system, which provides a crisp, detailed three dimensional depiction of the aircraft and terrain in respect to the current flight path, utilizing topographical colors that correlate to the coloring used on aviation sectional charts. The avionics suite also features an Application Server Unit, which allows the pilot access to electronic navigation charts and can store additional documents, such as checklists and manuals.