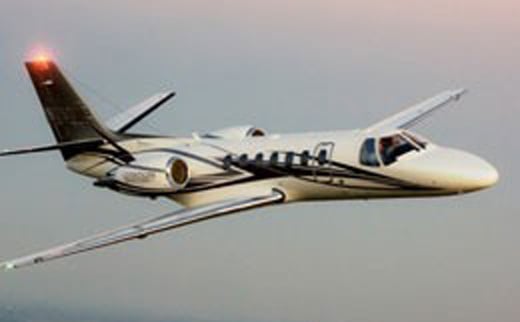 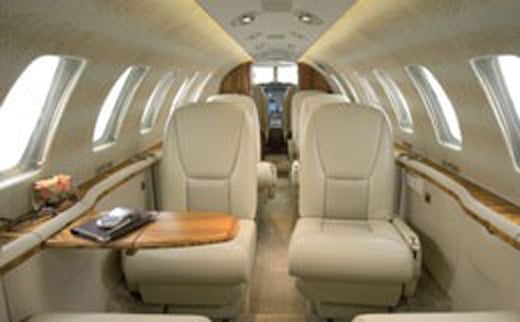 The average hourly rental rate of the Citation Encore+ is around 3,100 USD per hour.

More about the Citation Encore+

Key Features of the Citation Encore+

The Citation Encore+ is generally configured to seat 5 passengers but can be rearranged to accommodate as many as 8 customers. The cabin of the Citation Encore measures 17.8 feet long and 4.9 feet wide with 4.7 feet in height, providing a comfortable setting. Fourteen windows surround the cabin, allowing for a stunning view while contributing to an open environment and a light atmosphere. With 69 cubic feet of baggage capacity, this private jet offers plenty of storage for you and your client’s luggage needs.

Capabilities of the Citation Encore+

The Citation Encore+ draws its power from two pylon-mounted PW535B engines. These engines produce 3,400 pounds of thrust each and come standard with a feature called full-authority digital engine controls (FADEC), which is incorporated to set optimal power for the configuration and reduce pilot load. The fuel heaters selected for this system are powerful enough to forego the immediate need for anti icing fuel additives. For a swift flight, the Citation Encore+ is capable of maintaining its high speed cruise velocity of 426 knots at an altitude of 37,000 feet, which is much higher than most aviation traffic. However, to travel the furthest distances, the Citation Encore+ can maintain its long range cruise speed of 375 knots at its maximum certified ceiling of 45,000 feet. The Citation Encore+ features a range of over 1,750 nautical miles which, especially when considered in tandem with the trailing link landing gear system, provides a wide variety of airport options.