The Cessna Citation Encore, an improved model of the Citation Ultra, is one of the fastest light jets available, at a cruise speed of 480 mph, while relying on the shortest runway requirements in the class. The Encore introduces new engines, a greater fuel payload and updated interior.

The Cessna Citation Encore, an improved model of the Citation Ultra, is one of the fastest light jets available, at a cruise speed of 480 mph, while relying on the shortest runway requirements in the class. The Encore introduces new engines, a greater fuel payload and updated interior. 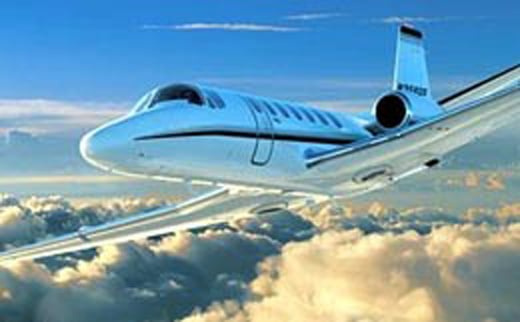 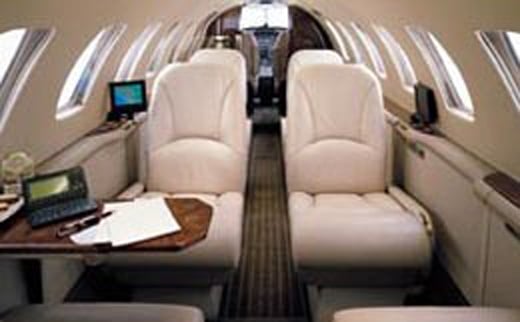 The average hourly rental rate of the Citation Encore is around 3,100 USD per hour.

More about the Citation Encore

The Cessna Corporation began the CE-560 product line with the Citation V. The quality and performance that has become synonymous with the line of business jets continues through the Cessna Citation Encore. With upgraded engines, a trailing link landing gear system, redesigned cabin interior, and upgraded systems, the Citation Encore does not disappoint. The Citation Encore is a versatile aircraft, capable of long flights and operating out of airports with short runways. This private jet ranks highly among pilots and passengers for its smooth flight performance, comfortable cabin, and low operating costs.

Key Features of the Citation Encore

The Cessna Citation Encore is usually configured to comfortably seat 7 passengers, but can be arranged to accommodate 11 clients. The cabin of the Citation Encore measures over 17 feet and 4 inches long, making it the longest cabin in its class. The cabin width measures 4 feet and 9 inches wide and the cabin height reaches just over 4 feet and 8 inches, giving the cabin a roomy, airy feel. With 43 cubic feet of exterior storage and 28 cubic feet of interior storage, you will find there is more than enough room to accommodate both yours baggage and that of your client’s.

Capabilities of the Citation Encore

The Cessna Citation Encore is equipped with two PW535A engines that produce 3,400 pounds each, an improvement of over 300 pound-of-thrust per engine when compared to its predecessor. The fuel consumption of the PW535A engines has proven to be 16% more efficient when compared to the JT-15D-5D engines. The Citation Encore’s engines are powerful enough to produce the sufficient bleed air to power the cabin pressurization, anti-icing, and air conditioning systems. The temperature control system utilized on this private jet is designed to use both an electrical vapour-cycle machine and bleed air from the engines.

As an added commodity, the electrical system doubles as a backup air conditioning system, allowing the operators to cool the cabin before starting the engines. A forced mixer nozzle is utilized to reduce engine noise, and new fuel heaters have been integrated, eliminating the immediate need for anti icing fuel additives. The Cessna Citation Encore has a maximum high speed cruise velocity of 426 knots, which this private jet is capable of maintaining at an altitude of 37,000 feet. However, if distance is more the focus of your venture, the Citation Encore can fly at a long-range cruise velocity of 376 knots at its maximum service ceiling of 45,000 feet.

With a range of more than 1,900 nautical miles, the Citation Encore offers many options for your business excursion. The Citation Encore comes standard equipped with the Honeywell Primus 1000 avionics system. To simplify the design and presentation of information, a single Flight Director Computer in conjunction with a mode selector are utilized, assisting both the pilot and the co-pilot. Standard avionic systems included in this avionics package include Primus II communication radios with 8.33 kHz spacing, RVSM group certification, an electronic pressurization controller, and Allied Signal GNS-XL FMS.