The Airbus A380 is the world's largest four-engine jet airliner, capable of flying non-stop from New York to Hong Kong, Dubai to Los Angeles, or Paris to Honolulu. The A380 is equipped with a double-decker interior, allowing more space for passengers of all classes, featuring wider seats and aisles, and the capability of carrying a maximum of 853 passengers in a single-class configuration or 525 passengers in a typical three-class configuration.

Get a quick Airbus A380 Charter Price Estimate

The Airbus A380 is the world's largest four-engine jet airliner, capable of flying non-stop from New York to Hong Kong, Dubai to Los Angeles, or Paris to Honolulu. The A380 is equipped with a double-decker interior, allowing more space for passengers of all classes, featuring wider seats and aisles, and the capability of carrying a maximum of 853 passengers in a single-class configuration or 525 passengers in a typical three-class configuration. 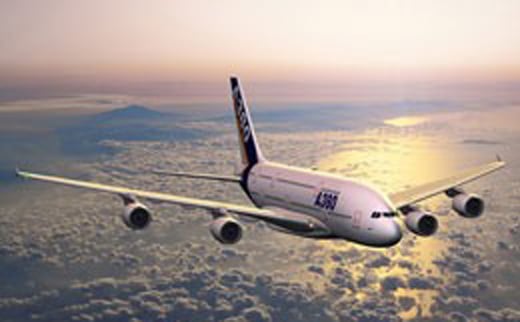 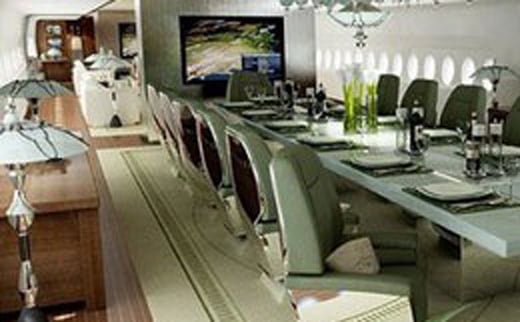 The average hourly rental rate of the Airbus A380 is around 37,150 USD per hour.

More about the Airbus A380

The Airbus A380’s design phase began in 1994, when the Superjumbo was designated as the A3XX. In 2001, the setup of the aircraft was confirmed, and manufacturing commenced in 2002. One of the most advanced aircraft in the sky and the largest passenger plane in operation, the Airbus A380 is more than capable of meeting your business needs. This Superjumbo is a wide-body double-deck jet and has earned an impressive reputation in the industry.

The Airbus A380 was first produced in 2005 and is still in production. As of September 2015, 317 firm orders have been placed and 171 of the Superjumbos have been manufactured and delivered.

Key Features of the Airbus A380

The Airbus A380 has several popular configurations; among them are a three-class configuration, which will allow seating for 525 people, a four-class configuration, which allows seating for 469 passengers, and an all economy class configuration, which provides seating for 853 passengers. With a transcontinental range of 8,200 nautical miles, this aircraft is capable of flying half way around the world with ease. The Airbus A380 is generally pressurized to 12,000 feet, but can be pressurized to 5,000 feet for a more comfortable flying experience. With spacious, comfortable cabins, large windows, large overhead bins, more floor space, and less cabin noise than its competitors, it is easy to see how the Airbus A380 is a customer favourite. Carbon fiber materials are estimated to be incorporated into more than 20% of the Airbus A380’s airframe and are used in both components and the overall structure of the A380, rendering it lighter and more fuel efficient. Wingtip devices are also utilized to increase performance and fuel efficiency. This Superjumbo features an impressive maximum take off weight of over 1.4 million pounds. It is also one of the most economic large transport category aircraft, with the lowest emissions per passenger among aircraft of its class.

Capabilities of the Airbus A380

The A380 has four engines equipped, and has two types of turbofan engines available: The Rolls-Royce Trent 900 and the Engine Alliance GP7000. Both engine designs allow the aircraft to meet noise restrictions set by key destination airports. The Rolls-Royce Trent 900 turbofan engines incorporate a swept fan design and are capable of producing more than 300,000 total pounds of thrust. The Airbus A380 is equipped with thrust reversers on the inboard engines, which allow it to stop on shorter runways and help the tires keep their grip on the runway. These thrust reversers are electrically actuated, saving weight and increasing reliability when compared to a pneumatic or hydraulic configuration. The A380 operates with a fly-by-wire flight controls and side sticks for the pilots. For avionics, the Airbus A380 features a glass cockpit, with eight 5.9” x 7.9” liquid crystal displays with interchangeable data. These displays include two primary flight displays, two navigation display, one system display, one engine parameter display, and two multi-function displays. The MFDs offer a point and click graphical interface system and store important flight documents such as navigation charts, equipment lists, and aircraft log books. Four 150 kVA variable-frequency electrical generators are utilized on the A380, providing redundancy and increased reliability.