Charter a Private Jet to the F1 Spanish Grand Prix

Mix the excitement of Barcelona with the thrill of racing and you have the Spanish Formula 1 Grand Prix.

Cars have been racing around the roads of the capital of Spain’s Catalonia region since the turn of the 20th century. Now you can see them race as part of the F1 championship.

If you’d like to see the race and then walk through the streets of the artsy, quirky city of Barcelona, Paramount Business Jets can arrange a charter flight for you into any nearby airport, including:

Booking early has many advantages. Enter a few details below to start planning your private jet flight to the F1 Spanish Grand Prix.

There have been many stops and starts – usually due to safety concerns – for the Spanish F1 Grand Prix (Gran Premio de España).

Spain has been a regular part of the World Championship series since 1968 at several venues. The race finally got a permanent home in 1991 at the Circuit de Catalunya, which was built for the 1992 Olympics and is located about 30 minutes northeast of Barcelona.

But, there had actually been F1 races before that.

Spain made its first appearance in the World Championship in 1951 but was dropped from the calendar after the deadly crash at Le Mans in 1955. Spain’s spectator-lined venue at the time did not pass stringent regulations regarding spectator safety enacted following the Le Mans crash.

It made a bid to return to the F1 series in the 1960s and a new track was commissioned. It returned to the calendar in 1968.

But not for long.

In the 1975 race at Montjuic, a rear wing of a car broke off and flew into the spectators, killing four of them.

The race was moved to Jarama, where it was held until it was dropped from the calendar again in 1981.

In 1985, the city of Jerez commissioned a new circuit to be built to draw tourists to the city on the southern tip of Spain, 700 miles from Barcelona.

It would be held there until 1990 when a driver was seriously injured and his car destroyed in a high-speed collision during a practice run.

In 1991, the race was moved back to Barcelona where it has been held ever since. 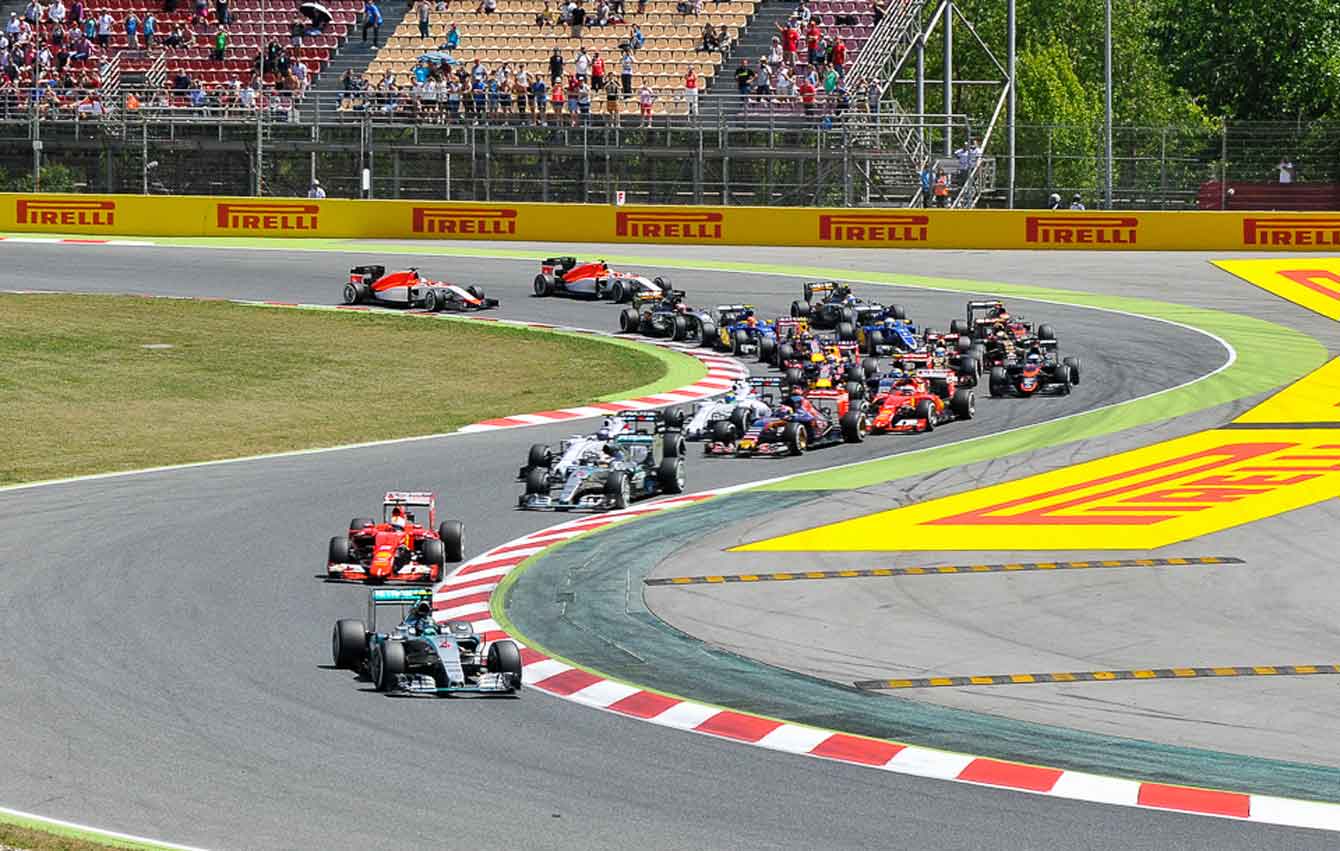 Want to see what a driver in the Spanish F1 Grand Prix sees?

Take a lap in the pole position at the Circuit de Catalunya.

What To See And Do In Barcelona

Barcelona, a city of three million people cradled along the coast of the Mediterranean Sea in the northeast corner of Spain, is colorful in a way no other city is.

It’s painted in the colors of artist Antoni Gaudí, who designed the City’s fantasy-like architecture. The most famous is the Sagrada Família church, the many tall spires of which make it look like a sand castle built by a giant. Spend some time just wandering around the city, looking at the architecture and checking out its medieval roots.

Other must-do’s in the city that lies about two hours south of the French Pyrenees: