Charter a Private Jet to the NCAA Baseball Championships

Are you ready for some baseball? College baseball, that is. Well, you’re your bags for the tournament that determines the College World Series, held every June in Omaha, Neb.

If peanuts and popcorn and the seventh-inning stretch are all part of your vernacular, Paramount Business Jets can arrange a charter flight for you to see the best Division 1 baseball teams and players take to the field to vie for the title of National Champion. Airports near TD Ameritrade Park Omaha include:

Booking early has many advantages. Enter a few details below to start planning your private jet flight to the NCAA Baseball Championships.

There are 299 NCAA member schools – with more than 11,000 players – that have Division I Baseball teams.

The road to the championship starts with 64 teams, 31 of which are automatically qualified as conference winners and the rest selected by an NCAA baseball committee.

The Regionals for the NCAA Division I Baseball Championship are held on 16 campus sites where four teams face off in double elimination tournaments. The 16 winning teams advance to the Super Regionals.

The Super Regionals are held on eight campuses where two teams play a best-of-three tournament. Winners advance to the College World Series.

The winner is the National Champion.

See a list of all the winners in history here. 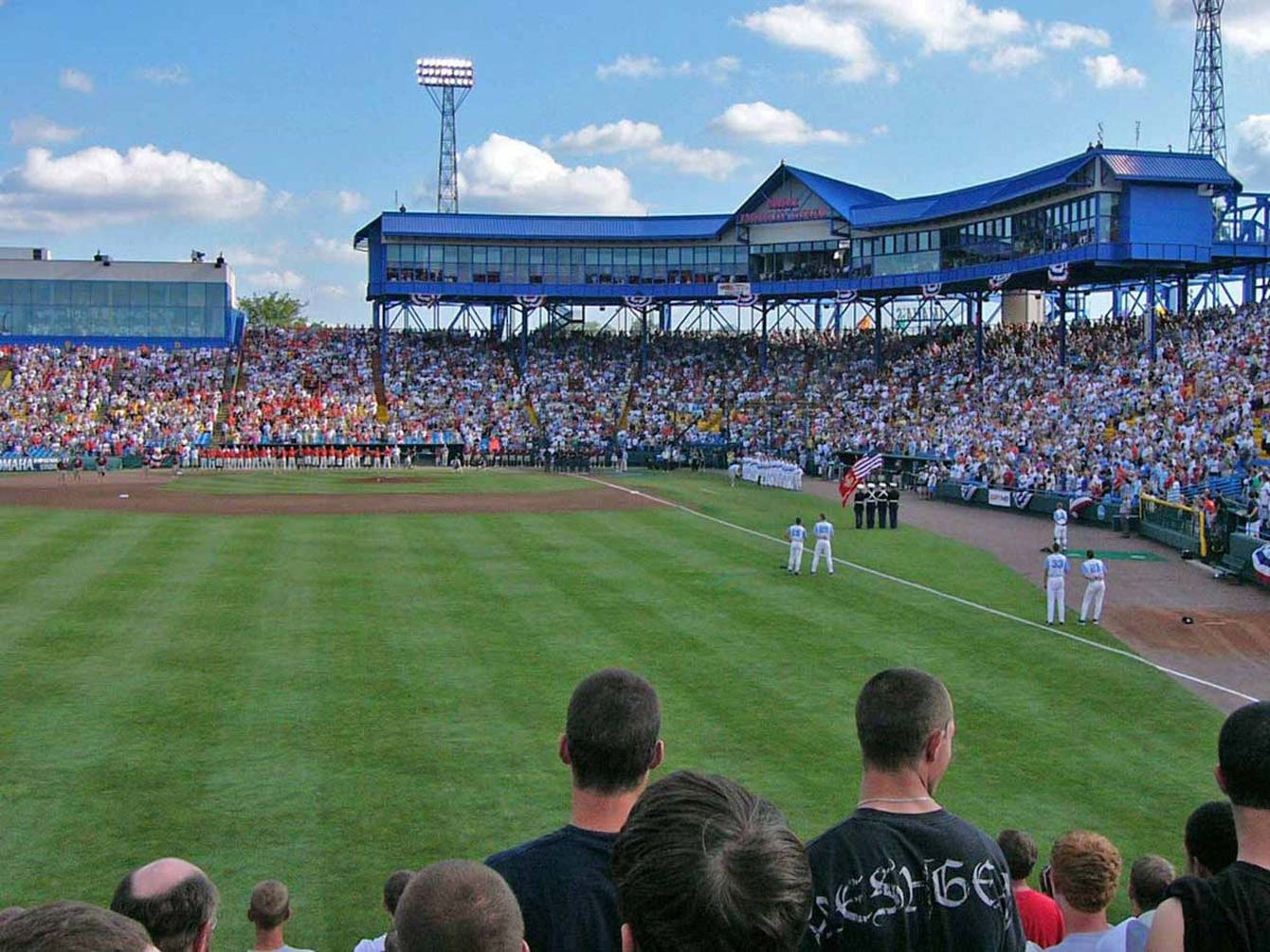 Every day of the 12-day College World Series, there is a Fan Fest where baseball lovers can win prizes, listen to live music, play interactive games and even meet some players for autographs or photos.

It’s also a place to buy souvenirs from the College World Series.

The College World Series has been held in Omaha, Neb., since 1950. The current venue, TD Ameritrade Park, is a 24,000-seat stadium, which opened in 2011. It is the home field of the Creighton Bluejays. It stands on the site of the former venue, Rosenblatt Stadium, which was demolished in 2010.

Here are some park rules:

Not permitted: Any outside food and drink, including alcohol, bottles, cans, and food and the coolers they are contained in. Also forbidden are large bags, backpacks, Frisbees, beach balls, umbrellas, laser pointers, noisemakers, fireworks, and weapons.

You can bring cameras with a 1-inch lens but no additional detachable lenses.

Fans will not be allowed to walk down aisles in reserved seating areas during at-bats.

The winningest conferences in the tournament that has been held since 1947 are:

Things to do in Omaha

Before and after the games, there is much to see and do in Nebraska’s largest city – population about 450,000 -- and home to headquarters of four Fortune 500 companies: Warren Buffett’s Berkshire Hathaway, Kiewit Corporation construction company, Mutual of Omaha insurance and Union Pacific Railroad. Check out: