Charter a Private Jet to the Dubai World Cup

Thoughts of Dubai evoke visions of glitz and glamour.

The $30 million Dubai World Cup is no exception.

Thoroughbreds compete for big money in the day’s (always the last Saturday in March) races and well-dressed spectators compete for a luxury car and other prizes in the Jaguar Style Stakes.

The Dubai World Cup is more than a horse race, it’s a world-class event for Dubai and race world elite as well as tens of thousands of fans. If you’d like to be there to join in, Paramount Business Jets can arrange a charter flight for you that will get you there in proper style. Paramount can get you into any nearby airport, including:

Booking early has many advantages. Enter a few details below to start planning your private jet flight to the Dubai World Cup. 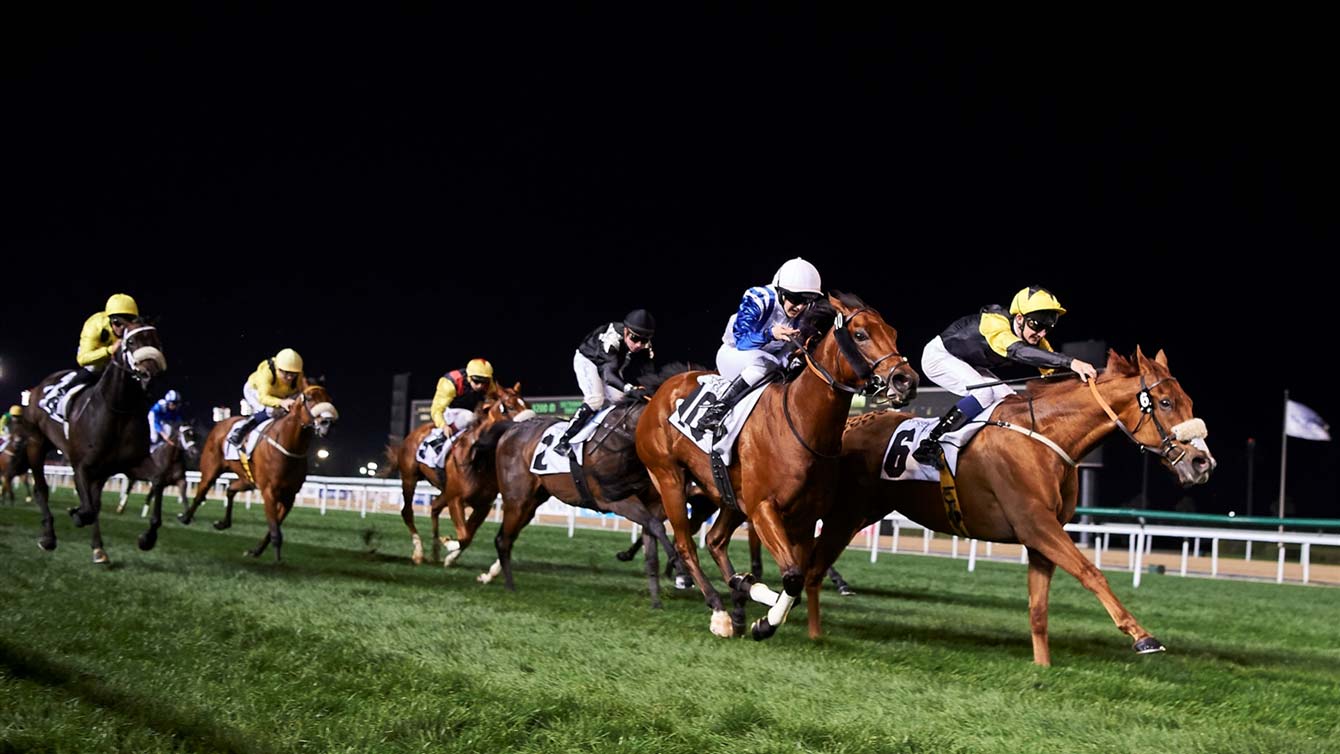 The first Dubai World Cup was held in 1996, a mere 15 years after horse racing began in Dubai on a dusty camel track. And, like just about everything else in Dubai, it was big, big, big from the start.

It wasn’t just another stop on the Arabian horserace calendar, it was the day with the biggest purse.

It was the brainchild of Sheikh Mohammed Bin Rashid Al Maktoum, the now 67-year-old vice president and prime minister of the United Arab Emirates, and Emir of Dubai.

Dubai World Cup Day culminates a months-long carnival with nine high-class races and a music concert put on by the likes of Janet Jackson and Sia.

The nine races that mark the final day of the UAE racing season include six Group 1 and three Group 2 contests. They are: