Charter a Private Jet to the Dubai Air Show

The show will feature a plethora of things to see, like new content streams, new technologies showcase, and much more.

Sound like a great, once-every-two-years event you’d like to attend? Paramount Business Jets can arrange a flight for you into the host airport, Dubai World Central – Al Maktoum International Airport (DWC) in Jebel Ali, United Arab Emirates, or any nearby airports in the United Arab Emirates, including:

Booking early has many advantages. Enter a few details below to start planning your private jet flight to the Dubai Air Show.

The Dubai Airshow, which is held over five days in November every other (odd numbered) years, has been growing in importance since beginning in 1986 as Arab Air.

One of the world’s fastest growing airshows, it has more than 1,000 exhibitors from 60 countries. More than 160 military, general, and commercial aviation aircraft will be on display for more than 60,000 trade visitors from more than 120 countries.

The 2013 Dubai Airshow was record-breaking. More than $206 billion orders were taken, and the event was covered by more than 1,700 journalists from all over the world. Those numbers reflect the growing Middle East interest in aerospace.

Rival manufacturers Boeing and Airbus battle to sell the most aircraft to the three biggest Gulf carriers – Emirates, Etihad, and Qatar Airways. Just about everything you can think of having to do with flying will be on display in the venue built specifically for the Dubai Airshow at Dubai World Central – Al Maktoum International Airport (DWC) in Jebel Ali, United Arab Emirates. 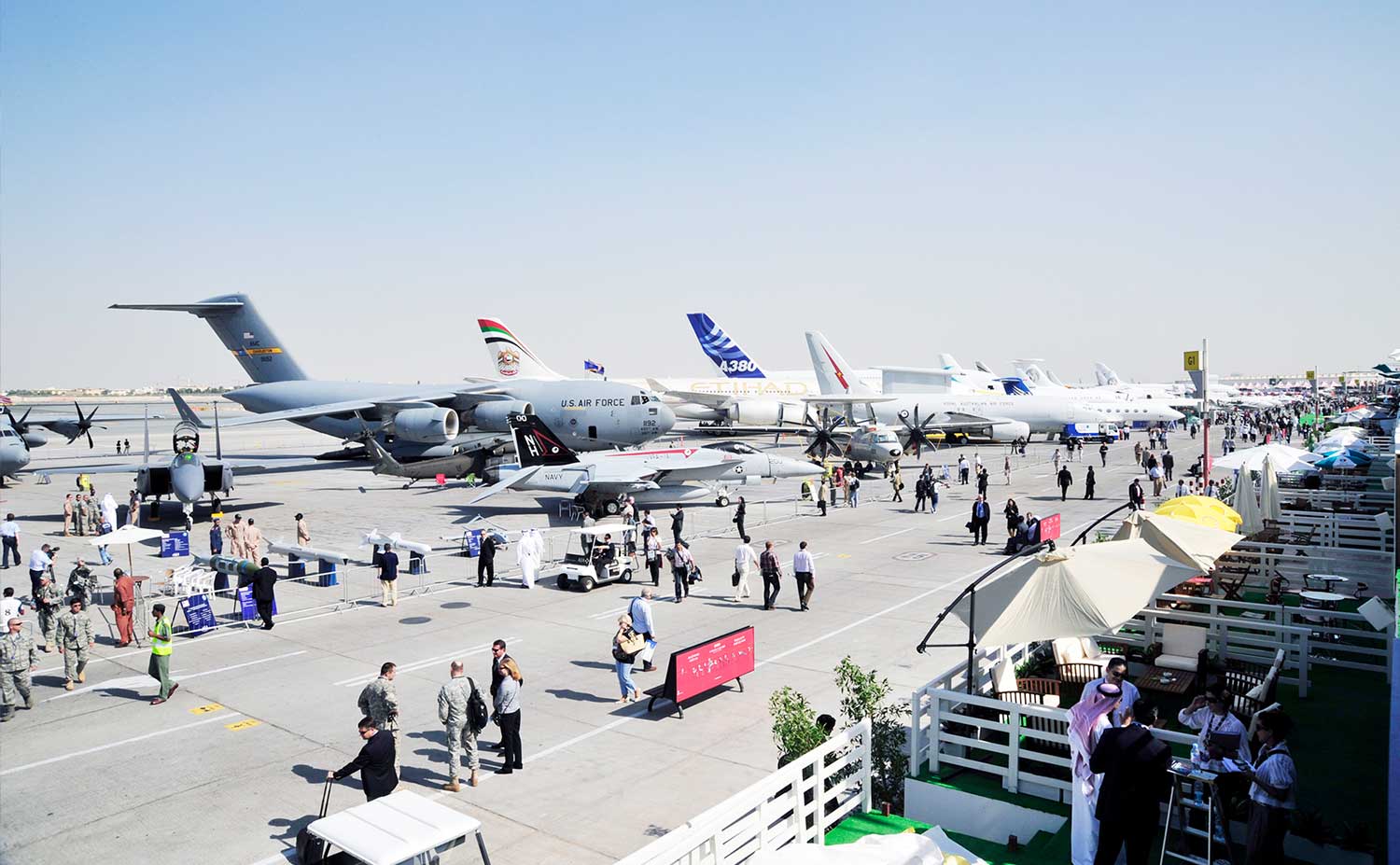 The show is not open to the public. It is for trade visitors only. But, while those in the trade hang out at the airshow, their family, and friends can watch flying displays at Skyview, the grandstand arena created for the public. Cutting edge military aircraft, luxurious private planes, commercial airliners and aerobatic teams will perform for the crowds.

And, airshow visitors have much more than planes to see when visiting the UAE and Dubai, the gem of the Arabian Desert.

The Burj Al-Arab hotel, which looks like a sailboat and is replete with gold-leaf undercoating and a fleet of Rolls Royces in the parking lot, has 56 floors and nine restaurants. It sits on its own island overlooking the sea. Room rates? Somewhere between $2,000 and $5,000 a night.

Nine miles away is the world’s tallest building, the 160-floor Burj Khalifa is just over 2,700 feet. By comparison, One World Trade Center stands 1,776 feet, Chicago’s Willis Tower is 1,353 feet and the Empire State Building is 1,454 feet.

Just outside, on the 30-acre Burj Khalifa Lake, is the world’s largest dancing fountain. Designed by the same company that built the fountain at the Bellagio in Las Vegas, the Dubai Fountain shoots water jets 500 feet into the air. A beaming light shining up from the fountain can be seen for 20 miles.

And, if you tire of the opulence and just want to soak up the local color, you can always rent a dune buggy and tool around, shop at the open-air markets or watch a camel race.