Charter a Private Jet to the Champions League Final

The world’s most prestigious soccer clubs will face off in the UEFA Champions League Final on June 10, 2023, in Istanbul, Turkey.

If you’d rather be among the ones watching it live at the Atatürk Olympic Stadium in Istanbul than the billion viewers watching it aired or streamed worldwide, Paramount Business Jets can arrange a charter flight for you into any nearby airports, including:

Booking early has many advantages. Enter a few details below to start planning your private jet flight to the Champions League Final.

Champions League is the best

The Champions League is an annual soccer cup competition that is organized by the Union of European Football Associations (UEFA) for the top football clubs in Europe.

It was called the European Cup from the time it was first held, in the 1955-56 season, until 1992 when it was renamed the Champions League. More than 50 national football associations across Europe are under the umbrella of the UEFA, the governing body of European football that is headquartered in Nyon, Switzerland.

The FIFA World Cup may be more encompassing – the winner is the best in the world – but the Champions League brings together the greatest teams in the world for the best quality of play on the soccer field.

The Champions League Cup has changed a bit since it was known as the European Cup, including the addition of several member countries located in Asia.

In its present structure, the road to the Champions League Cup starts with 32 teams (the European Cup started with eight); 22 get automatic berths as league winners. The rest of the 50-some teams must battle it out in qualifiers for the remaining 10 slots.

A complicated coefficient ranking system determines a team’s place in the tournament.

Real Madrid beat Atlético Madrid, 5-3 on a penalty shoot-out after a 1–1 draw

Chelsea beat Bayern Munich, 4-3 on a penalty shoot-out after a 1–1 draw

One of the most famous backdrops for the Champions League Cup is its anthem.

It was written by British composer Tony Britten, a graduate of the Royal College of Music, after being commissioned by the league in 1992.

Britten's piece, with lyrics that mix elements of English, French and German, is performed by the Royal Philharmonic Orchestra and sung by the Academy of Saint Martin in the Fields Chorus.

The music is so protected that it cannot be legally purchased or downloaded from any website.

The cup has to be returned before the next tournament unless a club wins the Champions League three years in a row. At that point, the team is given a full-size replica of the cup to keep. Five clubs have earned their own cup: Real Madrid, Ajax, Bayern Munich, Milan, and Liverpool.

The trophy was designed and made – in 340 hours – by Jürg Stadelmann in Berne, Switzerland, after narrowing down options to a design that was hoped to appeal to all the countries involved. 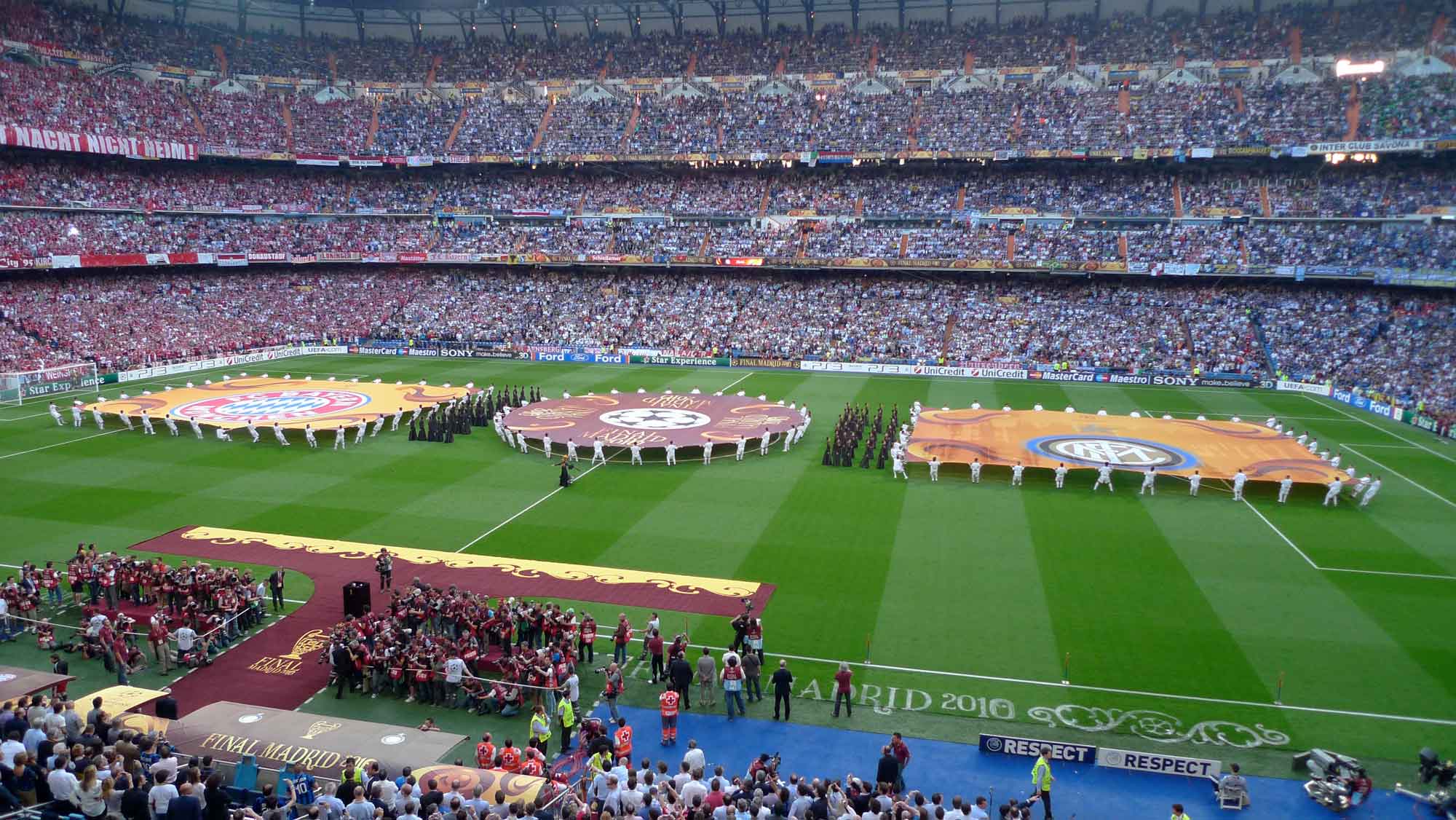 Most appearances in the semi-finals