Charter a Private Jet to the F1 European Grand Prix

Smack dab in the middle of the F1 Grand Prix Championship schedule is the European Grand Prix, which is held on a street circuit in Baku, Azerbaijan.

Formerly part of the Soviet Union, Azerbaijan prides itself in being half East and half West in people and culture.

If you’d like to travel to the country located along the Great Silk Road, the ancient trade route connecting the East to the West, to watch a thrilling street circuit race, Paramount Business Jets can arrange a charter flight for you into any nearby airport, including:

Booking early has many advantages. Enter a few details below to start planning your private jet flight to the F1 European Grand Prix.

Why ‘European’ and not ‘Azerbaijan’

Azerbaijan calls itself the European Grand Prix, the name abandoned in 2013 after the race had bounced around from country to country, including Germany and Spain, since becoming an official name in 1983.

At that time and later, when resurrected in 1983, the European Grand Prix was a separate race within the calendar. In other words, Great Britain hosted the British Grand Prix and also the European Prix.

The European Grand Prix as a second race for a circuit was discontinued in 2013 mostly due to the high cost of hosting a race. 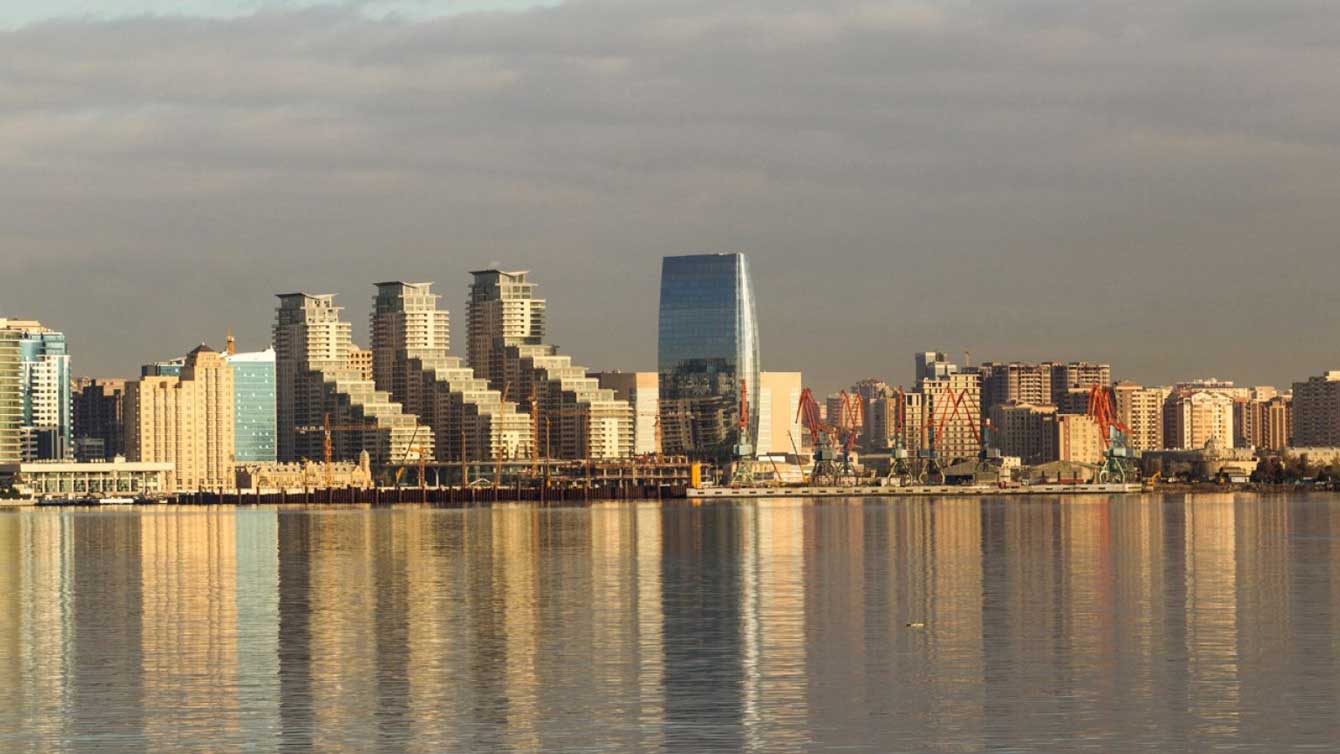 So, the name was up for grabs when Azerbaijan, which gained its independence from the Soviet Union in 1991, was added to the F1 calendar. It wants to be known as a European rather than a Soviet country, so it took the name.

“Azerbaijan is a modern European country that has established a reputation as a center of sporting excellence,” Azad Rahimov, the Azerbaijani official responsible for bringing the race to his country, said.

“Azerbaijan is at pains to project an image of itself as being European.”

The Baku Street Circuit has been called the fastest street circuit on the F1 calendar. It was designed by Herman Tilke, who is a widely known F1 street circuit designer. The track is on Baku Boulevard right on the Caspian Sea.

The circuit takes you past the walled off Palace of the Shirvanshahs.

Ride along with a driver to see what the 4-mile circuit looks like from the driver’s seat. Cars get quickly to about 190 mph. Tilke wanted to show off the city’s backdrop of medieval-history-meets-modern-times. See if you think he accomplished his goal to show off the beautiful seaside location.

“Obviously street circuits present a number of challenges, in terms of circuit design”, Tilke said, “but we have been able to incorporate some unique features that will provide the teams and fans with fascinating racing.”

That excitement includes a narrow uphill section at the wall in the old city and a straightaway that allows the drivers to go really, really fast.

There are three types of observation points:

Things to See and Do

There are old and new, Eastern and Western things to do in Baku. Here are some of the more unusual: